So I met up with the rest of the Super Secret Hideout team this week. We hadn’t met in quite a while, we’ve been pretty busy with life, new jobs and other things. The main goal of the night was to catch up, have a few drinks and discuss what our plans are for the future (and also get my weekly burger in at Dukes).

END_OF_DOCUMENT_TOKEN_TO_BE_REPLACED 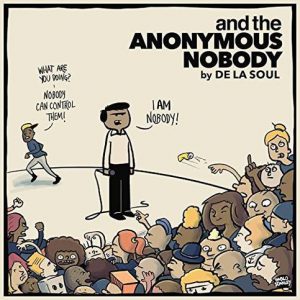 END_OF_DOCUMENT_TOKEN_TO_BE_REPLACED

Yesterday the Angular team announced the final release version of Angular 2.0. Looks like it’s time to really dive in. I’ve been avoiding it so far since the beta builds have seem to had some drastic rewrites from one version to the next. My main Angular project will likely remain in Angular 1.5 for at least the near future. It’s a fairly large code base and would be a significant undertaking to covert it. But all new projects will be developed in 2.0

The Angular team has put a lot of thought into the migration process even allowing for 1.x and 2.0 to co-exist within the same application. So this may be a solution to my problem.

Just picked up this book?after I saw?it mentioned on a website I follow. Having a 2 year old daughter that I hope to introduce to my hobbies in the near future, I though it will be a good read.

END_OF_DOCUMENT_TOKEN_TO_BE_REPLACED

Heede’s research shows that nearly two-thirds of anthropogenic carbon emissions originated in just 90 companies and government-run industries. Among them, the top eight companies — ranked according to annual and cumulative emissions below — account for 20 percent of world carbon emissions from fossil fuels and cement production since the Industrial Revolution.

Heede concedes that the responsibility is shared. “I as a consumer bear some responsibility for my own car, etcetera. But we’re living an illusion if we think we’re making choices, because the infrastructure pretty much makes those choices for us.”

“Heede’s report is one of the bedrock pieces of science and research that helped form our campaign,” says Kristin Casper, litigation counsel for Greenpeace’s Global Climate Justice and Liability Project in Toronto, Canada.

The idea of climate justice?is an interesting one and I think it will be crucial to solving the issue of climate change. Lawsuits directly against these companies will be a effective way to change the mindset of those investing in them. As someone who tries to invest ethically, it is frustrating to see that the companies who typically do the best are the ones you’d rather not have anything to do with.