I found out about this today?https://www.cryptokitties.co.

Cryptokitties is a game that allows you to buy, sell, breed and trade virtual cats. How Cryptokitties is different is that the cats are created and registered using?Etherium,?a blockchain based distributed computing platform. Blockchain is also the technology that powers the infamous Bitcoin currency.

At first this seems like just another way to waste your time on the internet but there is one huge difference. It is impossible to duplicate or pirate a crypto kitty. I think the application of this in gaming (and elsewhere) is going to be huge and in a few years is going to be everywhere. Imagine playing an online roleplaying game where you own a legendary rare item. You and only you own one. The developers of the game can use blockchain/etherium to ensure that no one duplicates or pirates that item. This gives the item a real tangible value in the real world. This is unlike items that exist in games today, which are prone to duplication, hacking and piracy. The item could then also be reliably traded inside and outside of the game.

Currently the game seems to be in the early stages. It’s still very awkward to purchase cats unless you already understand how Etherium works. The game also only works with Chrome and Firefox. However it seems like people are willing to spend real world money to buy these things. A lot of it actually. Someone just spent over $100K USD to purchase crypto kitty #1.

For a more detailed look at the inner workings of Cryptokitties, I found this interesting article.

For the most part I’ve shied away from Bitcoin and cryptocurrency. I see many inherent flaws with it. The biggest being that it is an environmental nightmare. A currency not controlled by a government or governing body is an Anarcho-Capitalists wet dream and therefore it must be a horrible idea right? 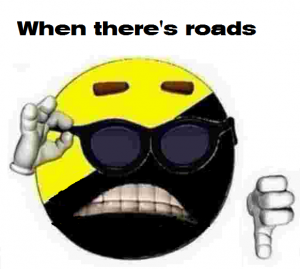 I do however see the incredible power in distributed ledgers?and blockchain in general. Being able to reliably sell or trade items online without the need for a central database overseeing the transaction has great value and many applications. If we can overcome the environmental issues associated with this technology the ability for it to transform the world is going to be massive.